Bisexuals get a minuscule amount of funding because of Biphobia.
LGBT+ organisations rarely provide anything specific for bisexuals because of Biphobia.
The unique experiences of bisexuals are usually incorporated into LGBT+ reports and stats, but never separated by individual sexual orientation because of Biphobia.
Black and POC charities for LGBT+ are terrible at welcoming bisexuals, providing resources for bisexuals and even saying the word bisexual. And why? Because of biphobia.
We are the B in LGBT+ but are rarely represented by Queer organisations. We regularly receive violence and abuse at Pride events from Lesbian and Gay folks. And if we live with other oppressions, our lives can be unbearable. Because of Biphobia.
Queer Hate doesn’t only come from Straight people. Hell, they don’t have to lift a finger, because so many Lesbian and Gay folks do the work for them.

So if you want to shine a light on bisexual visibility, then shed some of that light on how we face biphobia inside the so called LGBT+ communities as well. 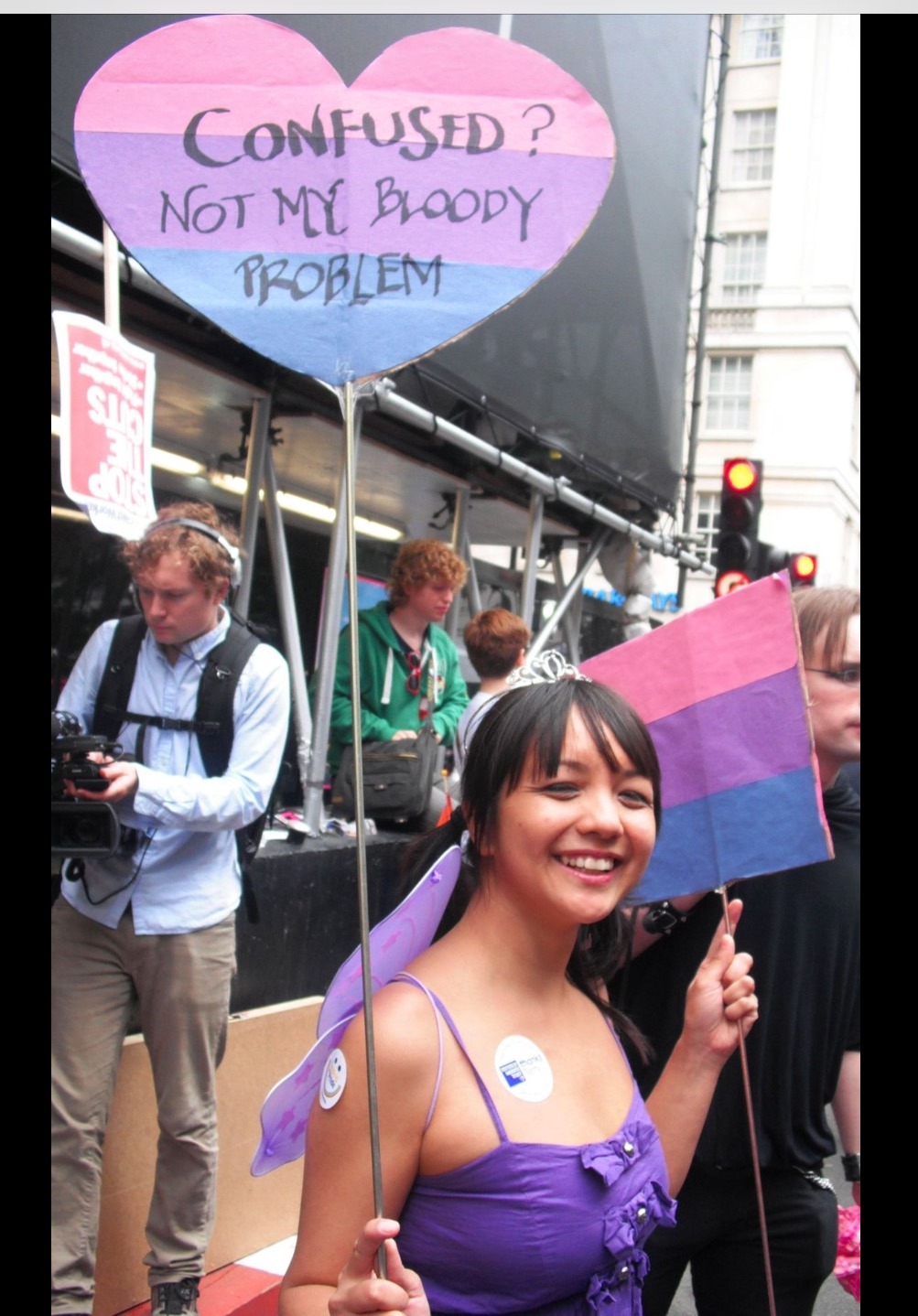 Sorry for this being posted so late!

If you were to look at most photos from any Pride celebration, you’d think there were zero bisexual people in attendance.  Biphobia from lesbians, gays and straights often mean they’ll snap pics constantly, but suddenly put their cameras down when they see a bisexual group or stall.  See for yourself by doing an internet search of your local Pride parade – see if you can spot any bisexuals at all!

Well Bi’s of Colour were at Black Pride this year, and we had a great time. We had many bisexuals and pansexuals come by the stall and make the most of our resources.  We had lots of fun chats too, and most surprisingly, we only had 2 biphobic WANKERS make nasty comments. That’s the lowest number yet, but it shouldn’t happen at all.  So please enjoy these pics which Jacq took of the event.  And call out biphobia whenever you see it! 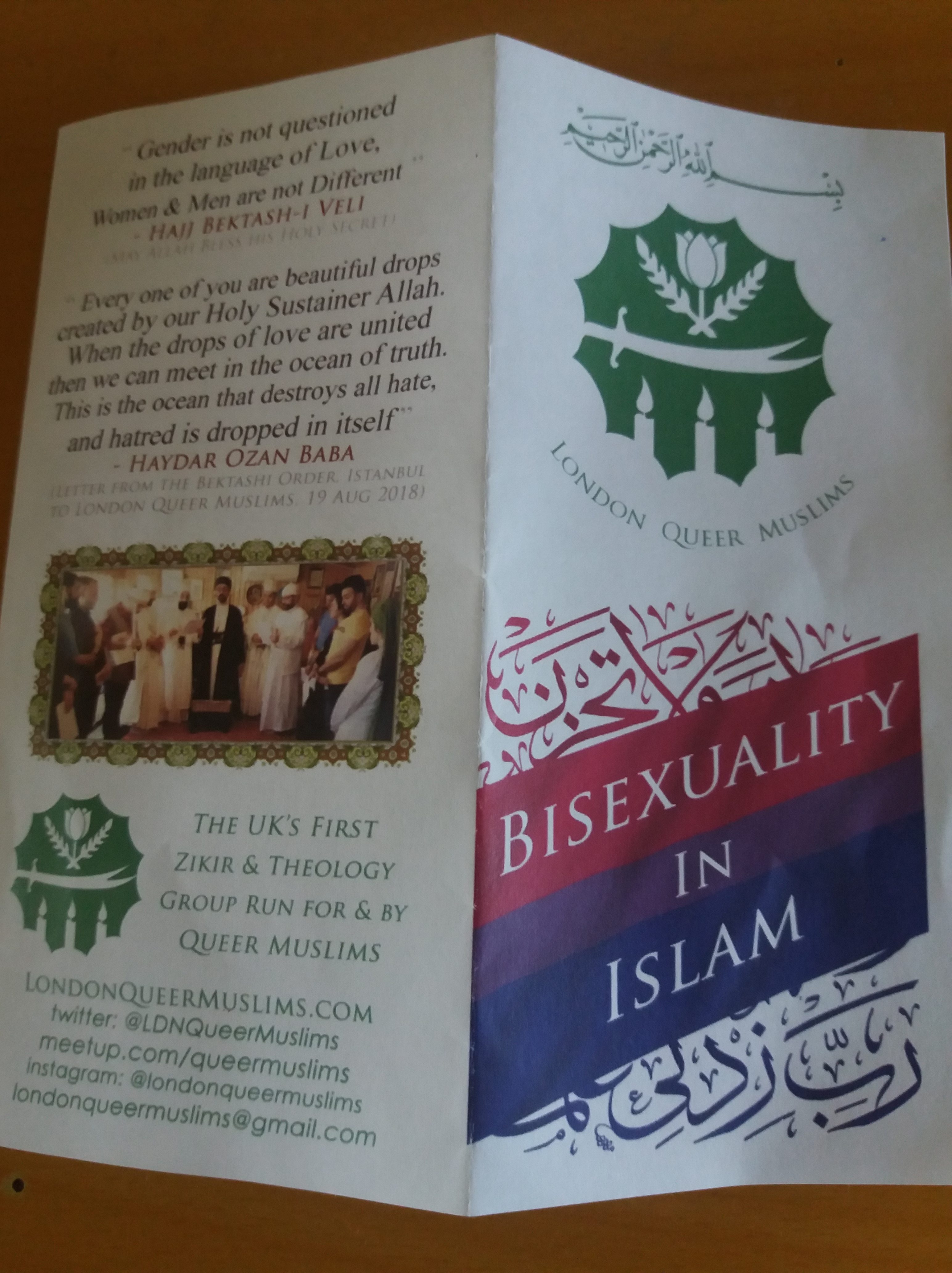 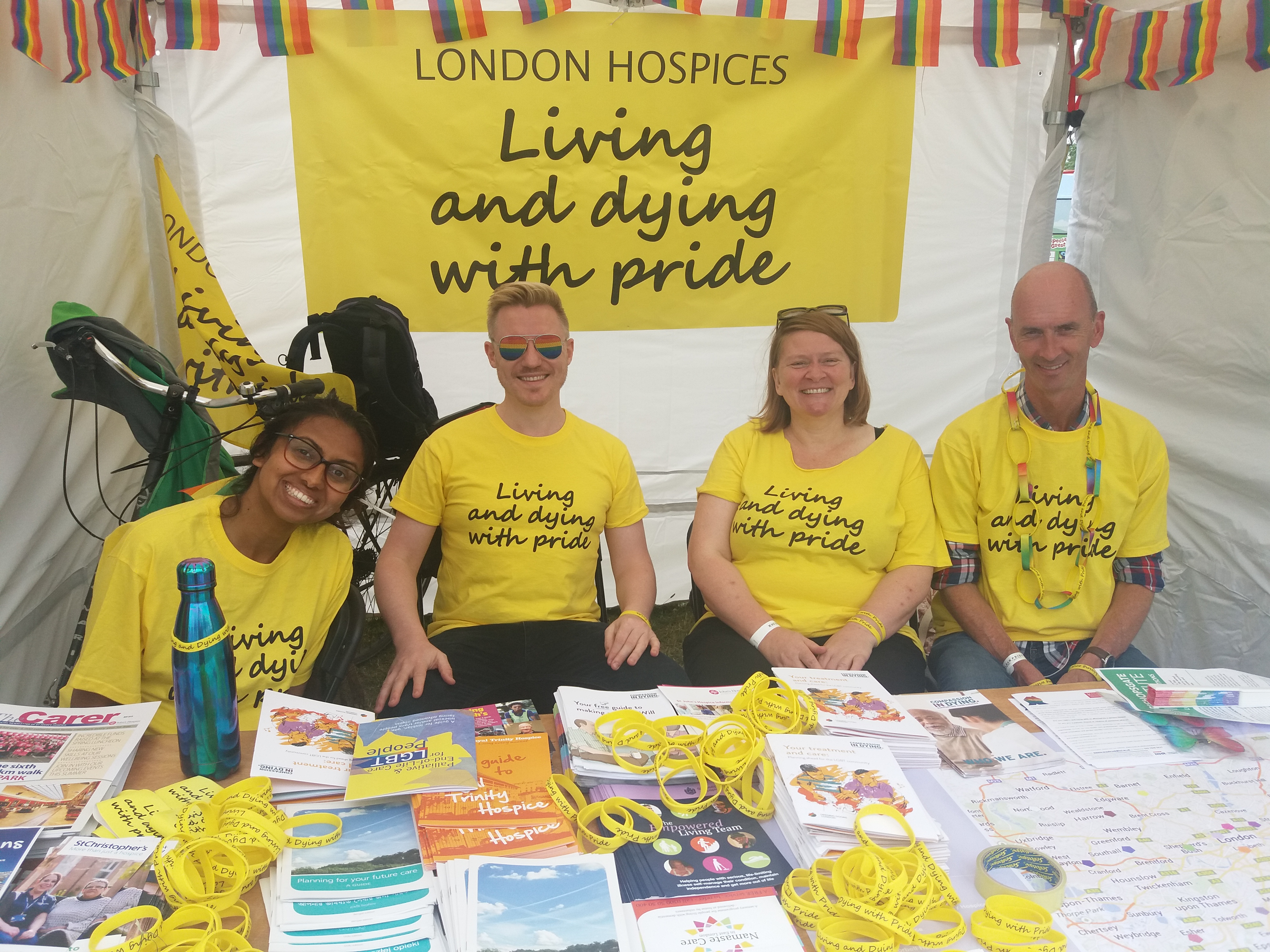 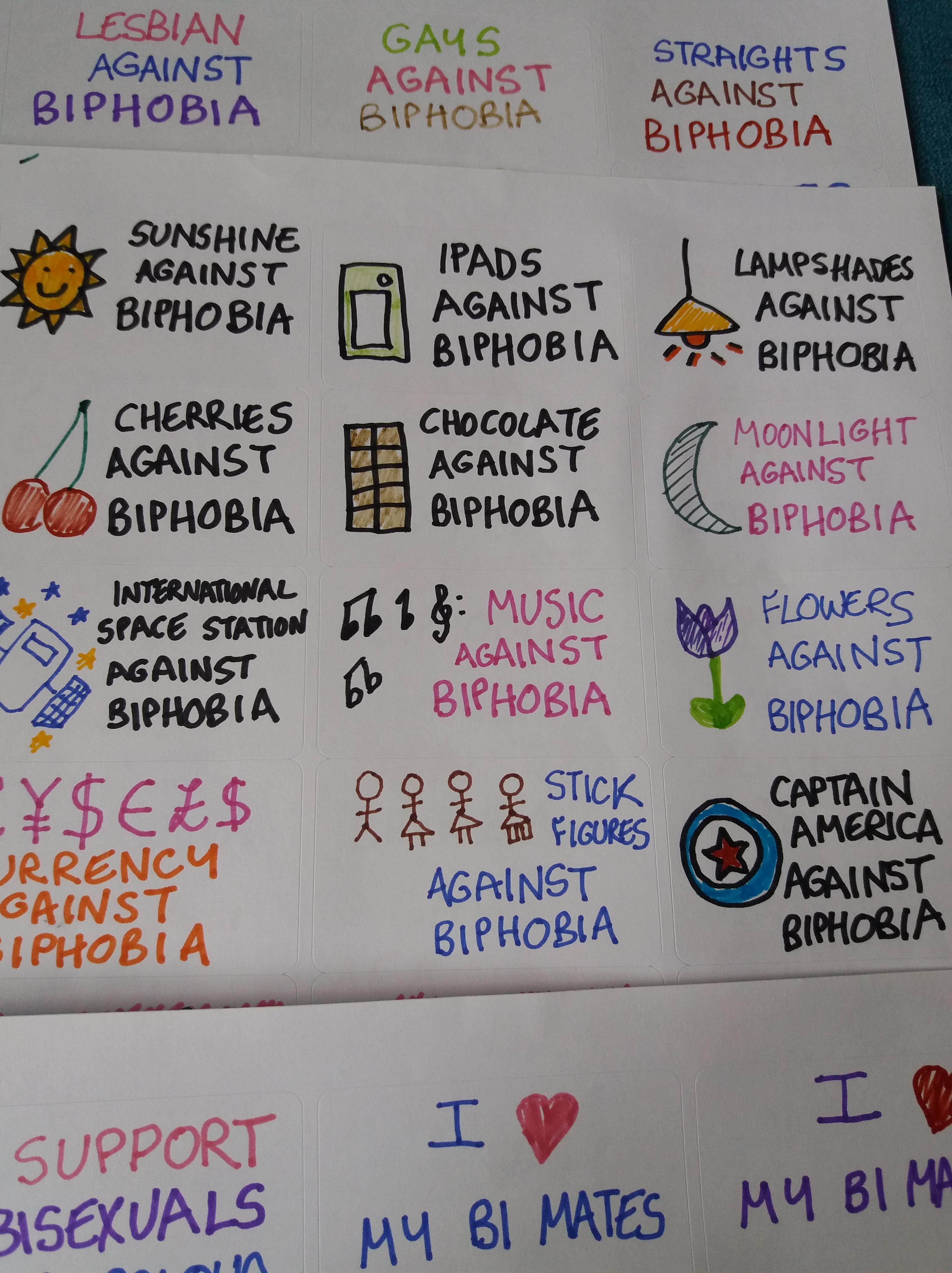 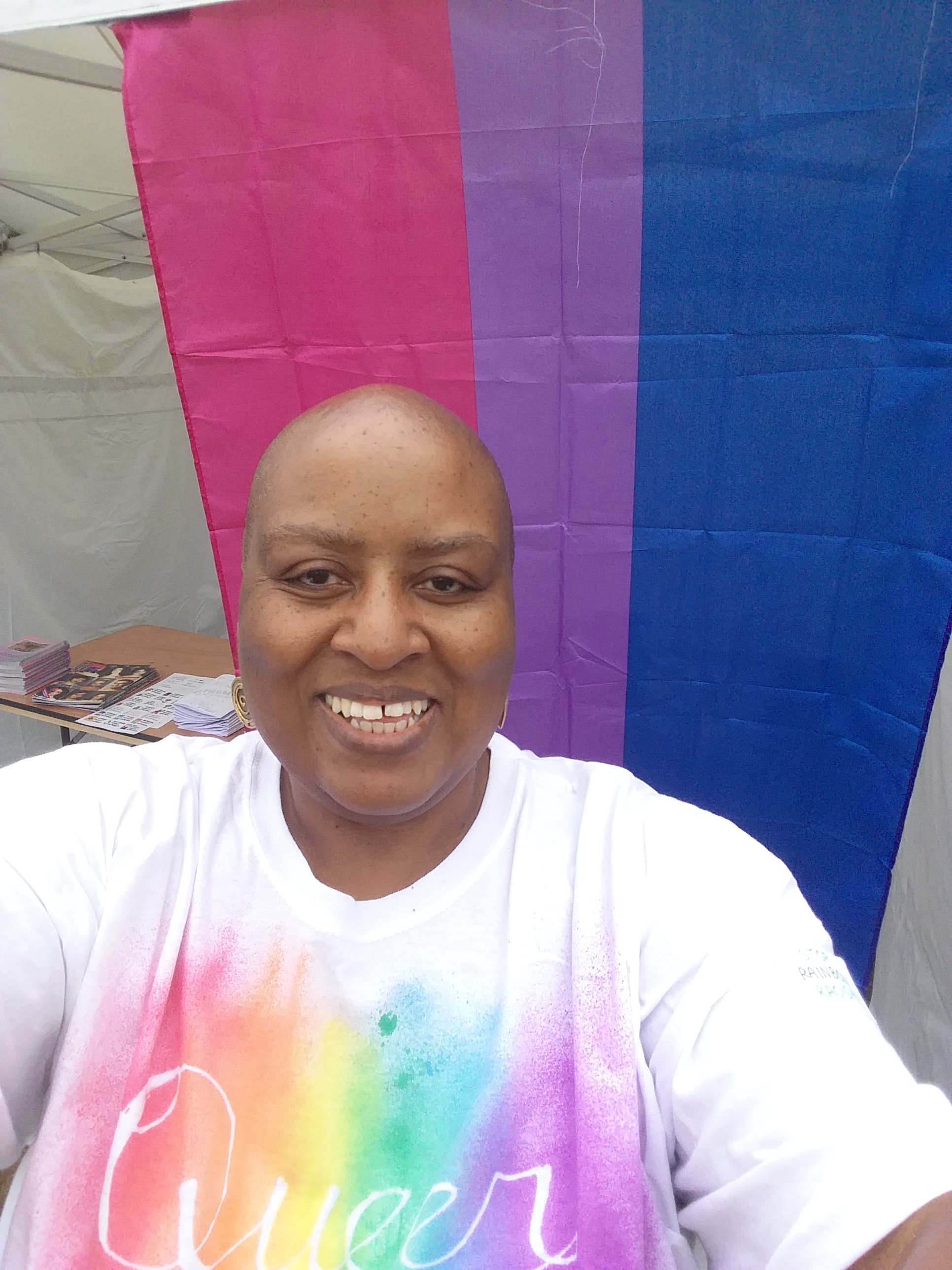 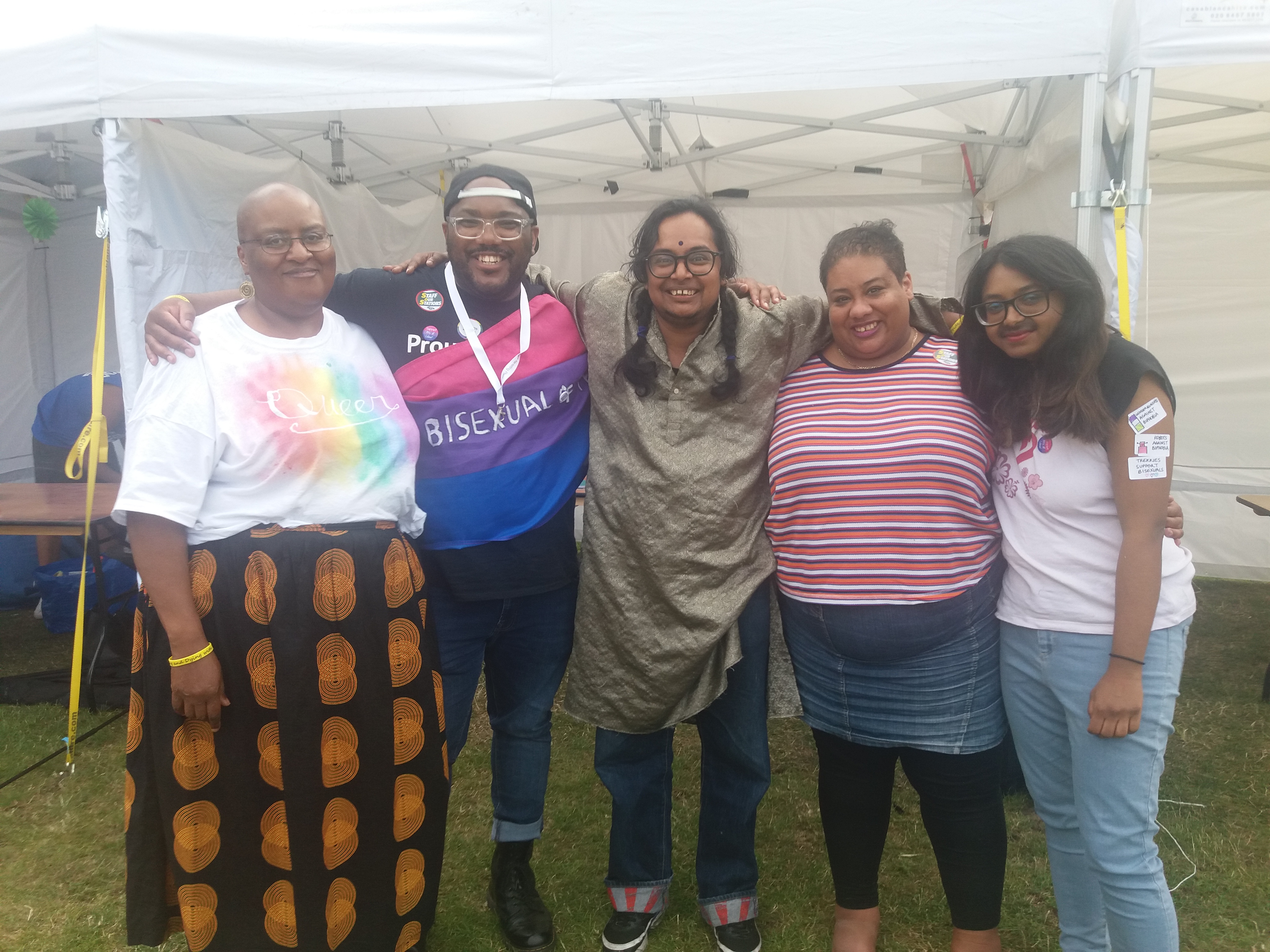 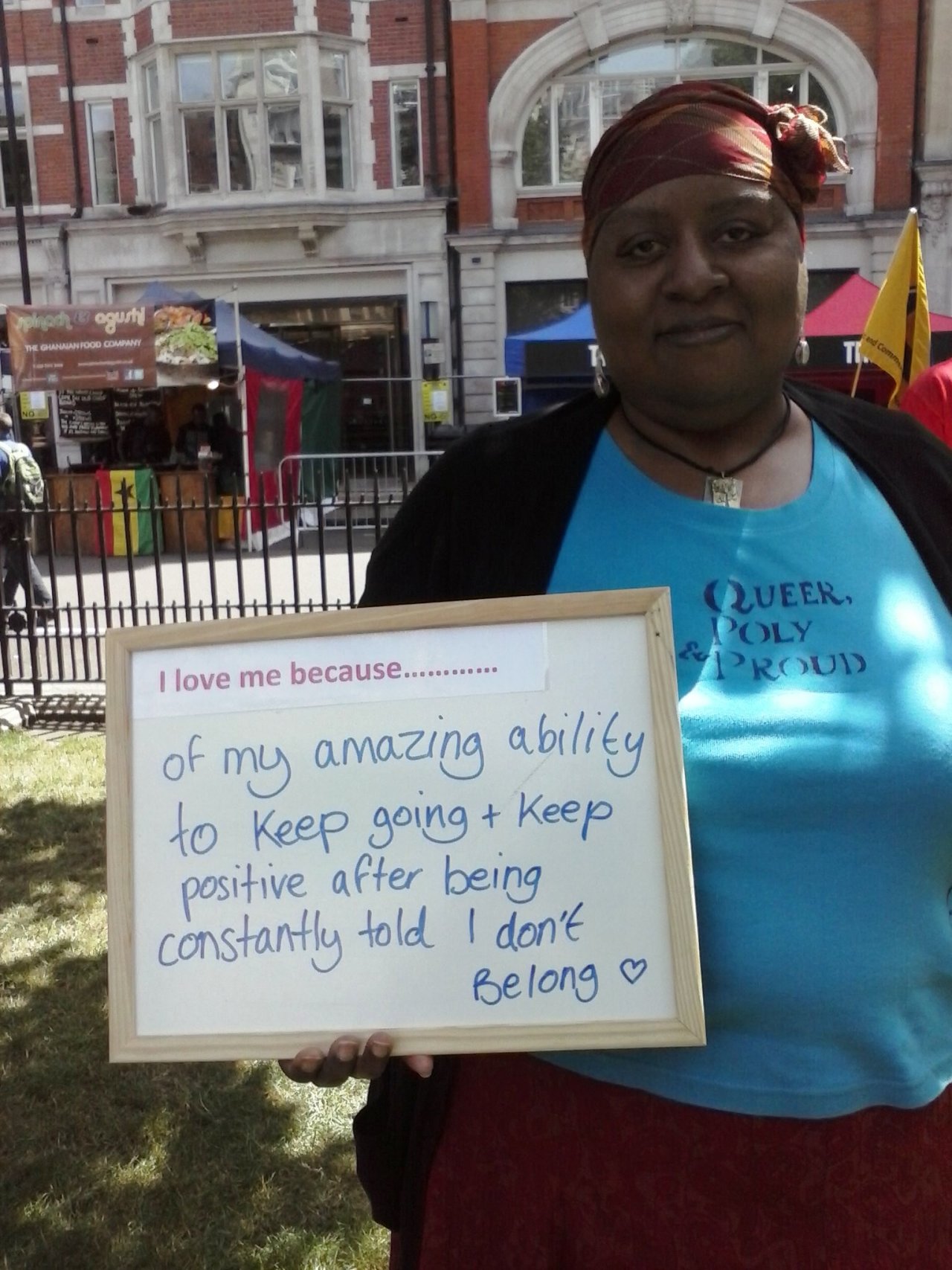 This 2017 article in Gal-Dem on self-care, was mostly a positive read, but something really jarred me: the line that read, “The oppression that we face builds character.”

The oppression we face as bisexual people of colour, builds the likelihood of mental distress, anxiety, alienation and depression.  It is no wonder that bisexuals of all ethnicities are more likely to be suicidal, self-harm and/or abuse alcohol, cigarettes and drugs more than either straight or gay and lesbian people. (Source: The Bisexuality Report, Open University, 2012).  Add to that the racism bisexuals of colour face on top of all of this from white members of the LGBT+ and straight communities, and it’s not a recipe for building character at all (Source: Bi’s of Colour report, 2015)

The myth that suffering builds resilience is common, especially when aimed at women and femmes of colour.  Sure we have to go through many things that others don’t, but it wears us down in a way that’s terrible and often invisible.  What is worse, we are expected to see it as part of our daily lives.  The world is a cruel place for bisexuals of colour.  Don’t make it harder by putting the expectation of suffering on our shoulders as well.

In this vid, I talk out being fat, black and bisexual – how all of these things intersect with each other, and how that affects my life.

Unreported World. May 2014.
(TW: mentions of abuse & homophobia/biphobia/transphobia)
(link to video – http://www.channel4.com/programmes/unreported-world/videos/all/jamaicas-underground-gays but it may not be viewable outside the U.K)

I don’t watch a lot of television. I find a lot of it frustrating and boring because it never reflects anyone remotely like me: black, fat and queer. But I tuned in to see the Unreported World’s short documentary on queer folks living in Jamaica. I lasted about five minutes before I had to switch off and have a cry.

The documentary was very moving; in one scene LGBT people had rocks thrown at them by crowds. When the police showed up, they said the LGBT folks were throwing stones at the crowd, completely reversing the truth. The next scene showed a government official telling a few queer folks that they can’t come to Jamaica and dress the way they did: “You’re not foreigners.” The last scene I watched after I tuned back in, showed a young person crying, saying that when he couldn’t bear any more, God would send an angel to him. I started crying again at that point.

I know that bigotry, homo/trans/biphobia exists all over the world. Jamaica isn’t the only place where queer people of colour live in fear. My home in England has laws to prevent discrimination, but I am still subject to physical, sexual and verbal threats and abuse on a regular basis because I’m black and bisexual. But what affected me so much about the programme, was that the hateful things that were done, were done to people who looked just like me. The nasty slurs were said with a Jamaican accent – the same accent I grew up with and was expected to emulate, even though I had never been to Jamaica. One particular slur, “b*tty boy” is something that still makes me scared because it was used often by the people around me growing up.

I’m glad the documentary aired, but I wish I’d been better prepared for how deeply it affected me. I was upset for the rest of the evening; I had flashbacks of the abusive people I grew up with, and all the horrible things they said and did. My heart went out to the LGBT folks who had to live in a sewer drain just to stay safe. After I was done crying, I remembered J-Flag (http://jflag.org) who support LGBTI people in Jamaica.

I know that I am fortunate that I can live as an openly out and proud black bisexual. I hope that one day, those in the documentary can do the same, and live in safety and freedom.

Below are all the articles I read over on Twitter for  Bi Visibility Day.  As always, do not read the comments unless you like being so upset and angry that your head explodes.

Being bisexual and dating a trans* person

Why we need a bi pride day

Being bisexual from T is for TMI

Why does bisexuality need celebrating?

A message from London Friend

An Anthem for Bisexuals by yours truly

Even more articles on the amazing Bi Index!

Bi's of Colour
Blog at WordPress.com.